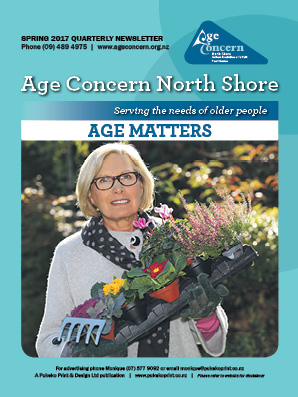 The Age Concern Auckland North Shore Edition has a circulation of 4210 per quarter, and covers an area which includes the old North Shore City before amalgamation - from the Harbour Bridge in the South, to Dairy Flat in the North and Greenhithe in the West, to Devonport and the East Coast Bays in the East.

Newspapers are distributed to: